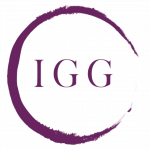 Why adopt a gender lens to understand our societies?

Although gender is a omnipresent concept and manifests itself in all sectors of our societies, it has received little interest. Indeed, the project of the Institute of Gender in Geopolitics was born from the observation of a major insufficiency in the field of gender at the level of geopolitical reflection institutions in France. Gender issues are often considered secondary, and the consequences of this lack of a gender perspective in international relations are multiple.

In addition to creating a real lack of knowledge and data, this omission makes gender issues invisible in political, economic and social decision-making spheres and tends to minimize, or even stifle, the crucial place that gender occupies in our lives. This limited vision of reality is then reflected on the daily life of the population. We observe, for that matter, a growing demand from citizens towards the political spheres in order to place gender at the center of their considerations with the aim of establishing a more egalitarian social structure. The growing interest of the population in gender issues and changing attitudes highlight the need to provide professional expertise on these issues.

Taking gender into account is therefore an increasingly pressing challenge for think tanks.

These various observations have given us the will to act.

With the conviction that one of the challenges of the 21st century is gender, the Gender in Geopolitics Institute has set itself specific objectives.

Our think tank intends to participate in the creation of a more gender-sensitive future in the field of international relations by democratising gender issues in geopolitics through tangible actions.

As gender is becoming a theme that is gradually part of public and political debates, our think tank provides quality expertise on the various subjects relating to gender and geopolitics.

We work to enable full gender equality and deconstruct the prejudices and lack of openness that fuel inequalities and gender-based discrimination, so as to the emergence of a more fair world.

Our role here is to raise awareness among the young generations, civil society and influential actors in key sectors of our society about gender concepts.

Ultimately, the IGG intends to have a real capacity for action and to be able to influence public and private decision-makers through advocacy work.

Finally, our ambition is to participate in the assertion of France on the international scene in the field of gender in geopolitics.